The OpenStreetMap project is proposing to move to a new license, known as the Open Database License (ODbL) which would replace the existing CCBYSA license due to problems with the CCBYSA license when applied to data. The license is intended to clarify the terms under which people make contributions to the project and the terms under which people can use the data. It is a basically a share alike license for data.

The Foundation supports the adoption of this license and has reviewed it with their lawyers and it is now being discussed by the community. The proposed license has been developed by OpenDataCommons a project of the Open Knowledge Foundation.

We are now in a Board Review stage. The Foundation's License Working Group presented and submitted a 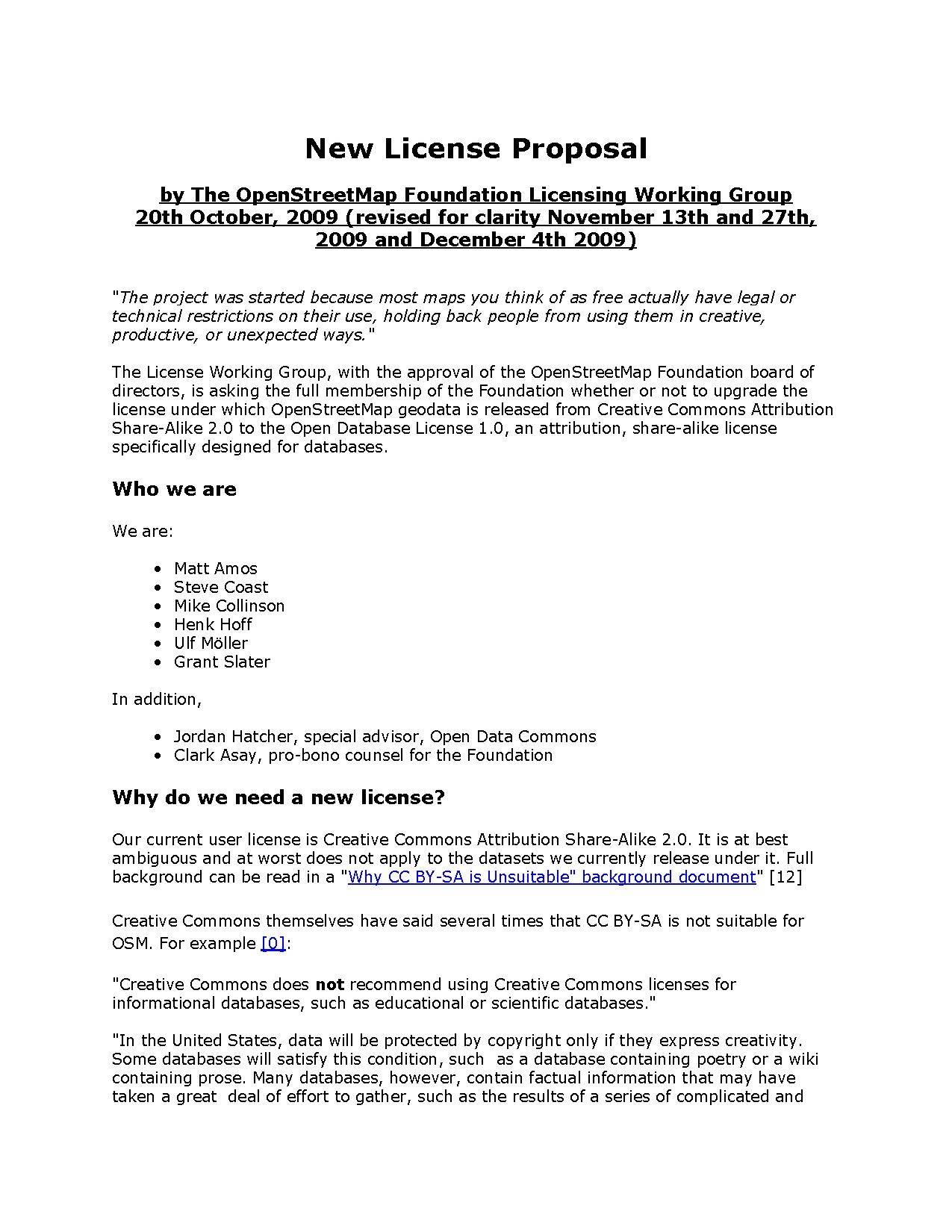 to the Foundation board. A summary was also presented at the State Of The Map 2009 conference. The intent now is to answer some question's the board raised and improve and clarify the proposal document so that it can be presented to the Foundation's members for a vote. This process is documented here. We also welcome any review and comment by other bodies working in the open intellectual properties rights arena, and have published an open letter asking for their views.

The proposed license comes in two parts. One, the Open Database License (ODbL) covers the database itself and, and a set of upgraded Contributor Terms covers the content of the database.

The license remains firmly rooted in the attribution, share-alike provisions of the existing Creative Commons License but the ODbL is far more suitable for open factual databases rather than the creative works of art. It extends far greater potential protection and is far clearer when, why and where the share-alike provisions are triggered. There are further reasons for moving away from CC BY-SA here.

We have a proposed adoption plan. This is not cast in stone and we welcome direct comments on the discussion page for the plan.

In summary, we’d like to give time for final license comments to be absorbed, ask OSMF members to vote on whether they wish to put the current version of the new license to the community for adoption and then begin the adoption process itself.

More information including use cases and open issues is available on the OSM wiki.