In the first half year of 2013, DWG handled approximately 110 cases (see attached list). Some cases are quickly identified as non-issues, but many require detailed investigation and communication, the blocking of users and/or the reverting of edits.

In addition to that everyday work, we had an IRC meeting where we decided on a work plan ( 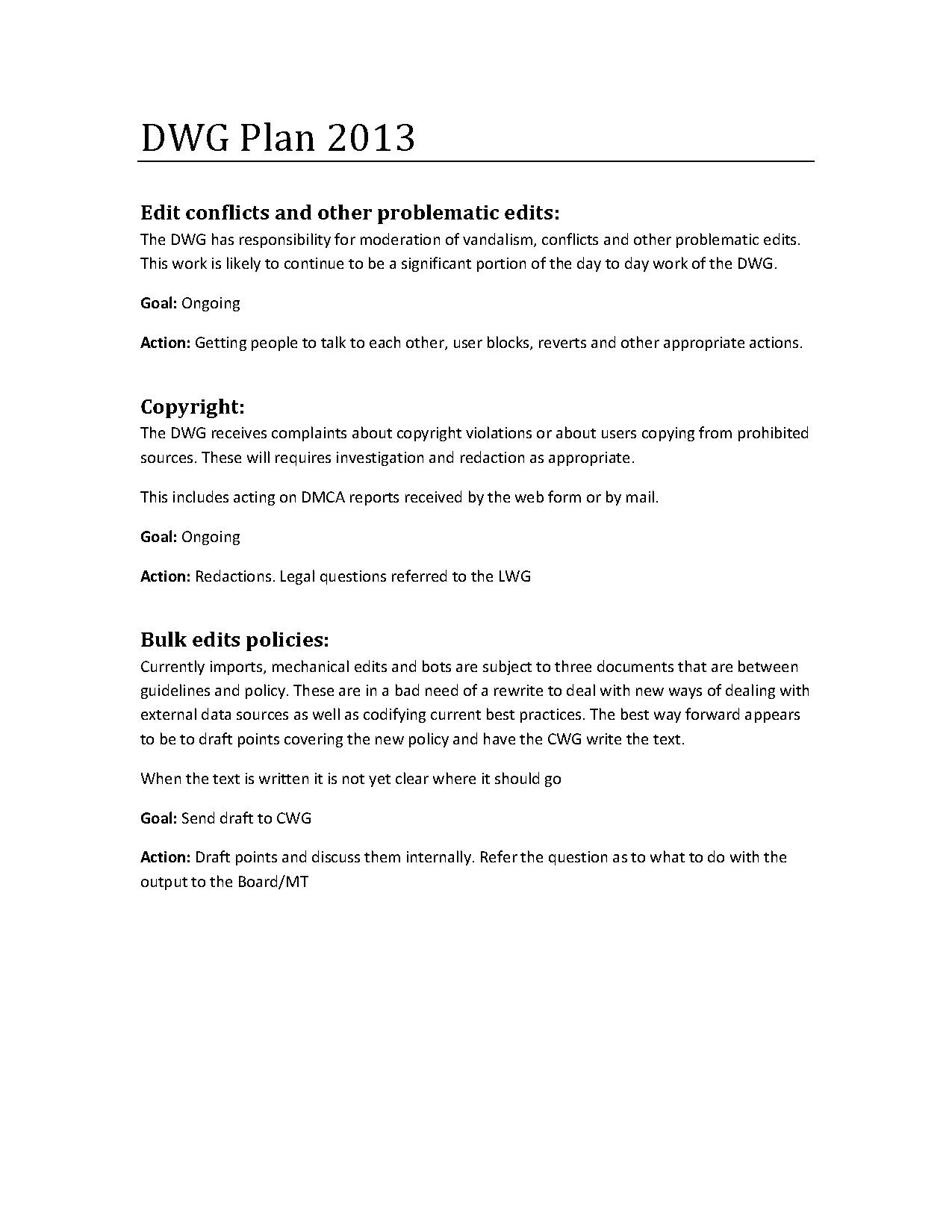 ), and in the course of deciding on the first indefinite block issued for an active user (the NE2 case) we wrote a document that outlines the process of blocking users and the means of appeal. This document is currently being considered by the OSMF management team and will be published shortly. We have also done preliminary work on a policy that describes the general expectations regarding good behaviour in the project, but that will have to be consolidated with other efforts in the same direction and will require broader discussion on OSMF-talk.

The first half of 2013 was also when we received and handled the first ever DMCA takedown notice for OSM. We have given some input to LWG who set up a general policy on dealing with DMCA takedown notices; that policy will be published after it has been cross-checked by the OSMF board.

We are always looking for people to help us shoulder the work we have; ideally, we're looking for people with a long experience in OSM, with the technical know-how to investigate and revert edits, and who have a good standing in their local OSM community.

Following is a list of cases in which DWG was involved during the first half of 2013. This list is not necessarily complete, but almost. (In the case of territorial disputes the country listed is either the country Nominatim reports the activity was in or the country the user believes the area belongs to and does not represent a DWG decision on the dispute.)